The son of a naval commander and the grandson of an army major general, Tim Page 's career has been within the business sector. He is currently President of CADSI, the Canadian Association of Defence and Security Industries. Through this position, Mr. Page is lobbying for greater recognition and support for the role played by Canadian industry in support of Canada's national security objectives. An experienced public policy, communications and association professional, previously involved with industry groups such as the Cdn Chamber of Commerce and the Assn of Consulting Engineers of Canada, his interests have been to promote Canada as a globally competitive economy and as a contributor to international development. 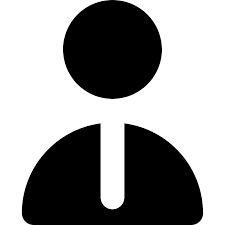 Chief Warrant Officer Guy Parent (retired) was appointed as the second Veterans Ombudsman in November 2010. He now has been serving Canadians in many military and civil functions for over 50 years. He joined the Canadian Forces in 1964. He was trained as a Search and Rescue Technician and graduated in 1972 with qualification as Paramedic, Master Parachutist, Master Diver, Mountain Climbing Instructor and Survival Instructor. He went on to serve as a Search and Rescue Technician for the next three decades.

Ian Parker, a graduate of the US Naval War College, is a retired naval officer with 37 years in the Canadian Navy. He has served in command and staff appointments at sea and in NDHQ. He has held appointments ranging from strategic force development, force planning, including involvement in several Defense reviews, requirements development and implementation as well as Human Resource Management. Since retirement he has worked as a defence and strategic analysis consultant as an associate with CFN Consultants.

A former physical education teacher, Jim Parker is naval reservist and writer. Ten years ago, he took sabbatical from teaching and filled his time enjoying world travel, in and out of uniform. His current love is Africa, where he served in the Sudan in 2008 as a United Nations Military Observer. He and his partner Heather, a Victoria physician, have returned to Africa three times since, the most recent trip, a fantastic train journey from Cape Town to Dar es Salaam. Jim has written and published about his time serving in the Sudan, as well as his most recent deployment to Kabul, Afghanistan 2011-2012. He has authored two books that he hopes will be published soon: The Children of Africa. A Photographic Journey and The Awkward Soljer: Hard Lessons Learned from Sudan to Afghanistan and Points In between. Jim Parker is happily ensconced in Victoria, BC with Heather and their dog, Judd the Rockweiler. He looks forward to the next adventure.

Ken Pennie retired as Chief of the Air Staff, head of Canada’s Air Force. He was Deputy Commander in Chief of NORAD during 9-11 and the standup of NORTHCOM, as well as Director General of Strategic Planning for DND. His PhD is from the London School of Economics, and he teaches at the Sprott School of Business. He is also a senior fellow with the Centre for Security and Defence Studies at the Norman Paterson School of International Affairs. He is also President of KR Pennie Consulting.

David Perry is the Senior Analyst with the Canadian Global Affairs Institute.  His PhD in political science from Carleton University examined the link between defence budgeting and defence procurement and he continues to work on those subjects today.  He is also an Adjunct Professor at the Centre of Military and Strategic Studies at the University of Calgary, a Research Fellow with the Centre for the Study of Security and Development at Dalhousie and columnist for the Canadian Naval Review.

Retired at the rank of Colonel after serving for years as an army officer, and rising through regular and reserve command roles, Petrolekas became recognized as a pre-eminent authority on NATO and Coalition warfare, serving as a confidant and trusted agent between the Canadian CDS and senior NATO and U.S. officials. He received commendations from several ISAF Commanders. Petrolekas established many of the protocols used to this day for the evacuation of Canadian wounded through Europe and received the Meritorious Service Medal for his work. He has co-authored numerous research papers, briefed Canadian and UK Parliamentarians, US Divisional staffs, the Pakistani War College, the Chinese Institute for International Strategic Studies and the French War College. In business, Col Petrolekas has led sales and marketing efforts in some 90 countries.

The son of a Royal Air Force veteran and airline employee, Peter Pigott was smitten by aviation at a very early age. He was fortunate enough to grow up in India and be educated in Canada and England. Joining the Department of Foreign Affairs, Peter was posted to New York, Hong Kong, Vienna and The Hague. Back home, he began putting his passion into words and is the author of thirteen books on Canadian aviation, including Wings Across Canada, Taming the Skies: A Celebration of Canadian Flight, On Canadian Wings, Wingwalkers, and most recently, Canada in Sudan.

Ken Pole is currently the longest-serving continuous active member of the Canadian Parliamentary Press Gallery. A staff writer and desk editor with The Canadian Press in several bureaus across the country before moving to newspapers, he has been a freelance journalist since 1979, writing extensively on a range of military issues as while maintaining a keen interest in all aspects of civil fixed-wing and rotorcraft aviation. He is an avid sailor, diver and photographer as well as an aspiring guitarist.

Dragos Popa is an Instructor in the Department of Political Science at Carleton University in Ottawa, specializing in security issues, international relations and regional integration processes. He has also taught Political Science at the University of Ottawa and the Canadian Forces College. His latest research focuses on Canadian foreign policy, particularly towards Asia-Pacific and Europe. Dragos Popa has held several positions with the Government of Canada, in four different departments. Dr. Popa holds a Ph.D. in Political Science and a M.A. in European, Russian and Eurasian Studies, both from Carleton University.

A Singapore-based security analyst, Mr Prakash has been a life-long journalist who also served in his nation's armed forces for six years. He rose to the rank of sergeant and left the armed forces honourably on a high-note. He has been a editor, managing editor for various news publications in Singapore, an author and been a correspondent for various Australian newspapers and had also been a columnist.  Jaya has won global recognition for a news article that he wrote on ferry safety that in turn earned the world's highest accolade in maritime journalism; the Sea Horse Awards. He has also won other awards. He became the first person in Singapore, or perhaps in Asia, to enumerate on the deleterious effects of workplace bullying which was even reviewed by a Singapore TV station. He is an alumnus of Australia's University of South Australia.

Anil R. Pustam is a writer and author on military aviation, one of his interests being small air forces. He has been published in the US, UK, Germany, Australia and elsewhere. His book Attack Aircraft and Bombers of the World was published in July 2004. A book on US bombers is in progress.